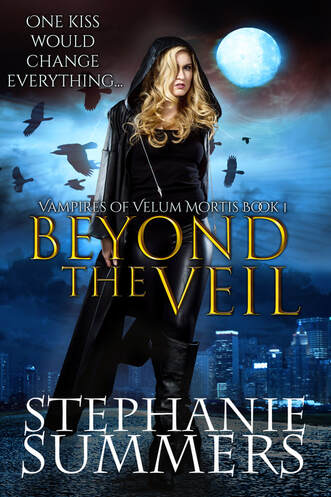 Today is the day that will set my life on the path I was born to take… Only my true destiny is nothing that I could have ever imagined in my wildest dreams.

I’m Delia Adams, daughter of one of the greatest slayers to have ever come out of Mallory Falls. I’ve been beaten down, broken, and told I wasn’t good enough while training to follow in his footsteps, but here I stand, ready to embark on my first mission.

The problem? I’ve been tasked with killing the vampire king of Velum Mortis. Yeah, it kind of feels like I’m being set up to fail, but still, I push on. My only saving grace is that the king was cursed years ago and has been sleeping ever since. An easy target, so I’m told.

I listened as they told me where to find him, but I already knew. He’d been calling to me for years, only I didn’t know he was the reason I’d gone to that cemetery hidden deep in the woods time after time.

Now, standing in front of the slumbering king, desperate to prove myself, I prepare to shove my sword right through his heart, ending him, and claiming my first victory. But I can’t help but look at him, taking in the beauty and strength in his features and wonder why I’ve been so drawn to him.

So then why is the urge to abandon my mission and kiss him so damn strong?
Read Now 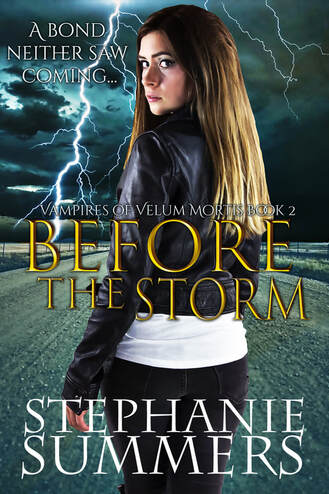 A woman desperate to escape my past. A disgraced vampire ready to prove he isn’t a monster, if only to himself. An encounter that will set their lives down a path neither were prepared to travel.

I’m Sydney Bryant, a loner and waitress at a vampire-themed nightclub. I’ve finally broken free from my past, but I can’t ignore the feeling deep in my bones that says something bad is coming for me.

From the moment Stellan first walked into Club Dead, I was intrigued by him. He’s tall, dark, and brooding with a hint of danger and an intoxicating scent that makes me want to abandon my inhibitions and see what kind of excitement the alluring vampire might bring to my life.

When I reluctantly agree to meet with someone from my past, the evil I knew was coming for me finally arrives, and I’m shocked to find Stellan as part of the group determined to steal me away.

But things aren’t always as they seem, and it isn’t long before the undeniable attraction between us ignites as he whispers promises that threaten to tear down the wall I’ve built around my heart.

I’m Stellan, a recovering blood addict who has been sent by the vampire king of Velum Mortis to intercept the abduction of the cute waitress from Club Dead and deliver her to him instead of the wolves who have been stalking her.

But once I have Sydney close, I can’t deny the pull she has over me, and I refuse to hand her over to the king, determined to find out if the intensifying feelings I have for her means she’s my mate. But if she is, why haven’t I felt her presence before now? And why would fate pair me with someone who is something more than human?

I can give her everything she’s ever wanted and more if she’ll just take a leap of faith and trust me. But how can she ever move beyond the horrors of her past to realize she’s worthy of the epic love she’s always dreamed of? 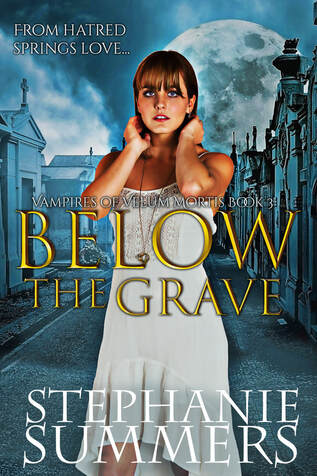 A fairy hybrid determined to escape an arranged marriage. A vampire cast out from his kind, longing for the love of his deceased mate. An ensuing war that will compel them to look past hatred and lies to find the love they both so desperately need.

I’m Fiona Kelly, a human-fairy hybrid with a healthy hatred for my supernatural half. My life was turned upside down a few years ago when shortly after I lost my fiancé, a man showed up at my doorstep claiming to be my fairy father with a life all laid out before me. If I didn’t go quietly with him, I wouldn’t go anywhere ever again. Now I’m betrothed to a man I have no feelings for, living a life I don’t want, and longing for the day when I’ll be able to get away.

When the fairy queen reveals her plan to attack the vampires, a plan that involves harming an innocent child, I cannot stand by and do nothing. I have to get the little girl to Lucien, the vampire king’s brother and the child’s uncle, ensuring her safety and a possible escape for myself.

He nearly kills me before agreeing to hear me out, but despite the brief altercation, I find myself strangely drawn to him. He’s tall and handsome with a smoldering intensity I can’t turn away from, and for the first time since I lost my fiancé all those years ago, I find myself craving the touch of another man.

He’s a vampire. I’m a fairy. I was never meant to have these sorts of feelings for a man like him, but I can't help myself.
~~~
I’m Lucien, disgraced brother of the vampire king and all-around bad guy, or so that’s what they’d all like to believe. I hate fairies, but when one shows up at Club Dead claiming she has my brother’s child and news of an attack on my kind, I don’t have much choice but to trust her for the sake of my niece and a brother I reluctantly still care about.

I should hate her for what her kind has done to mine, but she has something running deep within that threatens to spark the beast I’ve fought for centuries to contain.

She’s a fairy. I’m a vampire. I should be tearing her throat out, but I find myself falling harder and faster than I ever thought possible.
Will I ever be able to convince her—or myself—to take a chance on the one thing we both thought was lost to us forever? Or will I end up losing her, just like I lost my mate? At my own hands, with no one else to blame…
Read now
The Willow Creek Vampires Series
Paranormal Romance
Craving (Book 1) 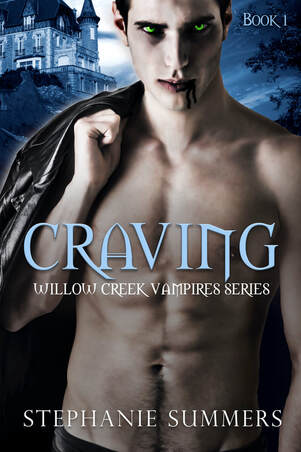 He does what he wants...
Cocky and incorrigible, Remy Bludworth is no stranger to breaking the rules.  And when his vampire lord decides it's time for him to take his rightful place at his side, Remy is reluctant to succumb.  But after he meets the coven's newest sacrifice, Remy knows he has his hands full with the fiery woman.

She'll fight her fate...
Aspiring artist, Sabine Crowley refuses to become the latest offering in a two-hundred-year-old pact between the small town of Willow Creek and the vampire lord protecting it.  Hellbent on escaping, she'll do whatever it takes to save herself--even if it means going up against Remy, the sexy, but perilous vampire determined to shackle her.  As she searches for sanctuary, Sabine realizes her safety may lie in the very captor she's trying to flee.  The more she runs, the more she realizes that Remy may not be the enemy.

Will her destiny be her destruction or will it blow open the door to a life she never dreamed she could ever want? 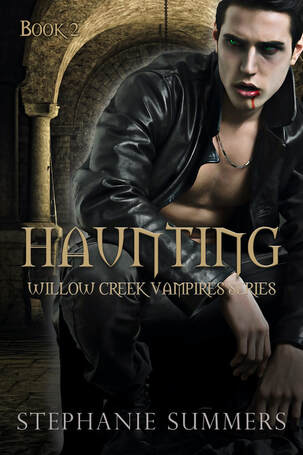 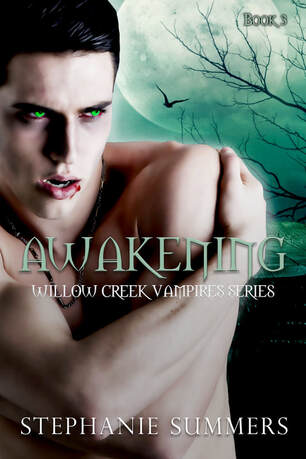 Ash London, front man for uber-successful rock band Ferrum, is over the lifestyle. He’s done with it all, yet finds himself going through the motions out of a sense of obligation to his fans, band, and crew members. He’s living the dream, but what he wants is to be a normal dude with an ordinary life far away from the touring scene. He could have any woman he wanted, but what he wants is someone who can look past the rock star—someone who will bust down the walls he’s built around himself and break free the man lying dormant within.

Lila Stephens hasn’t had the best past. In fact, it’s been downright traumatic. After the death of her beloved grandmother, she picks up her life and moves to Brooklyn, NY to build a new life for herself. She’s given up on the notion of love and is content living alone with her beagle dog.

Lila attends a party thrown by her best friend, Tori, who just happens to be the wife of Ferrum guitarist, Matty Tabor. As she’s ready to leave, a drunken man runs into her, sending her falling into the arms of Ash London. Will she stay there where it’s warm and comforting, or will she flee as her past threatens to taint any hope of happiness for the two of them?

Take Me On is the first book in the Take Me Duet. It is not a standalone.
Read Now
Take Me Home 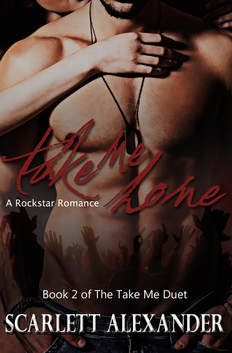 Read Now
*Links above are affiliate links. I am required to inform you that if you were to purchase any of these books after clicking the links, I would earn a small commission through the Amazon Associates program.